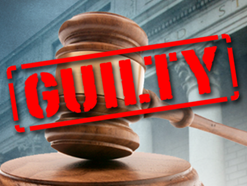 The former Subway pitchman, Jared Fogle, was sentenced to 15 years and 8 months in federal prison after pleading guilty to child pornography charges made against him on Thursday, according to CNN.Money.com.

Fogle became famous in the year of 2000 when he lost 245 pounds, (when he previously weighed 425 pounds), by eating two Subway sandwiches daily, and exercising. His friend, who lived in his dorm at the time, wrote a story about him that ended up on the front page of their school’s student newspaper in April of 1999. A magazine called Men’s Health picked up the story and included it in their November 1999 article titled “Stupid Diets That Work.” This article piqued the interest of Subway franchisees who began to write to the headquarters about Fogle. Subway made a deal with Fogle, focusing on his personal experience of his massive weight loss. He began making commercials for Subway in 2000, and has worked for them for 15 years says LATimes.com.

Earlier this year, Subway fired Fogle once the charges were first made against him. Fogle’s attorneys asked for a shorter sentence, offering a 12 year deal, and tried to argue that their client’s 15 year sentence was harsh, and should be for criminals who sleep with younger children, not teens Fogle slept with, who were 16 and 17 years old. 14 victims will receive $1.4 million dollars in restitution ($100,000 each), which Fogle agreed to pay. Since Fogle was previously arraigned, he went to prison right after his sentencing. It is not until 2029 that he will be permitted to apply for parole, as reported by CNN.Money.com.